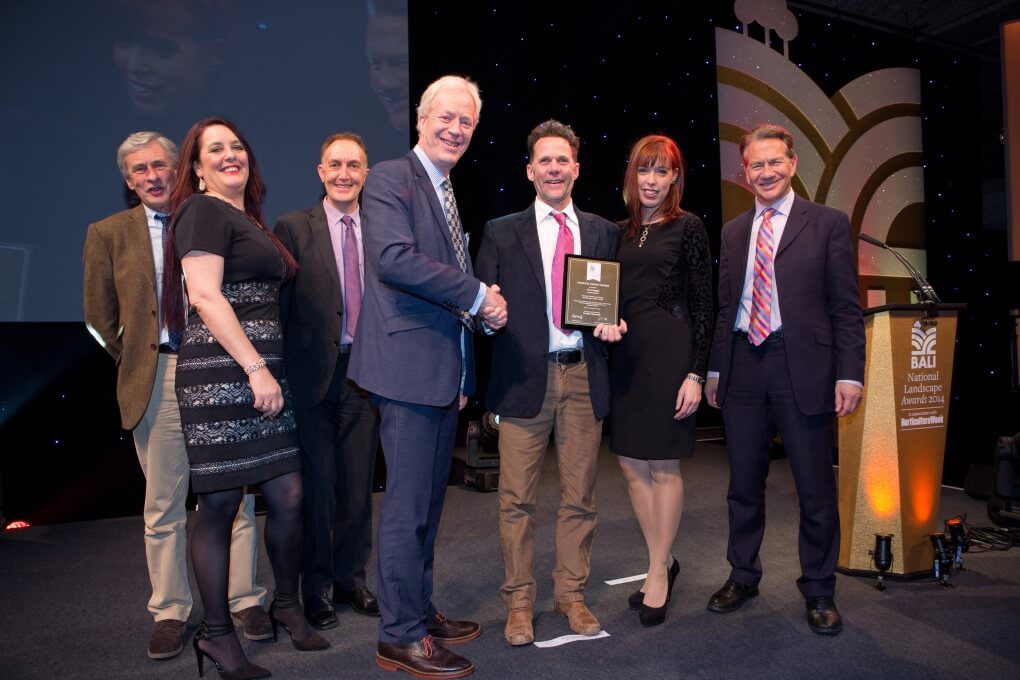 J & S Scapes Ltd based in Whitchurch, received a major award at the BALI National Landscape Awards 2014 in association with Horticulture Week, held in London on Friday 5th December.

The Awards, which are run annually by the British Association of Landscape Industries (BALI), pay tribute to landscape designers and contractors who have demonstrated exceptionally high standards of professionalism and skill, and supplier members for their overall customer service.

The company won a BALI Principal Award for their scheme called Walled Garden, this category was sponsored by Crowders. Former MP and cabinet minister, popular broadcaster and political commentator Michael Portillo hosted the ceremony and presented the award to Managing Director Jeremy Pugh.

The scheme was in Oxfordshire at a period house where an existing walled garden was redesigned to incorporate a leisure building, swimming pool, greenhouse and vegetable beds. To make these elements work with each other a design was created that included a sunken lawn, with solid Yorkstone walls and steps. Sawn Yorkstone terraces with brick pathways surrounded the pool, binding gravel and brick paver pathways linked the areas together. An oak pergola walkway, two formal ponds and lots of little details makes the journey through the garden very interesting. The project took almost 18 months to complete with all 11 members of staff playing some part in the build.

Commenting on the company’s success Jeremy Pugh wanted to thank the hardwork, dedication and attention to detail of his teams that have led to this prestigious award, we have come close on three separate occasions but this is the first time we have won a Principle award.

You can visit the BALI website here to see all of the award winners, and the judges comments. 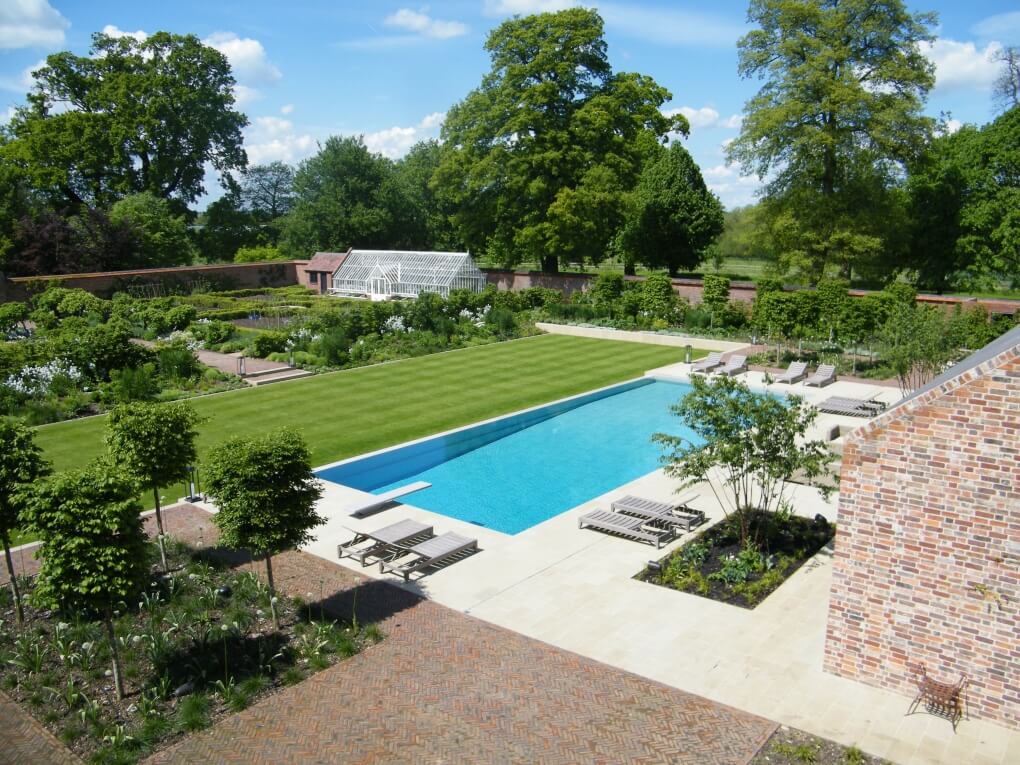